Fathom Events is excited to bring an iconic personality on to host the first year of Fathom's Big Screen Classics. Film historian and critic Leonard Maltin will provide exclusive insight into the films of this year’s unforgettable lineup. From the Golden Age of Hollywood to contemporary cinema, the series embodies the entire spectrum of film. These movies will captivate our imaginations, inspire, and remind us how badass Bruce Lee was!

To kick off Fathom's Big Screen Classics, let us dive into the importance of each film in the series. 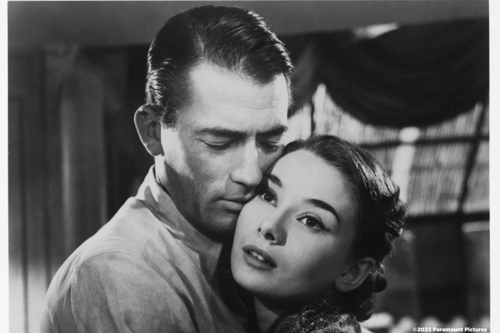 Hailed as the perfect romance film, Roman Holiday is often considered a modern twist on the classic Cinderella story. This film marked the beginning of stardom for the wonderfully talented, bona fide style icon, and actor Audrey Hepburn. Relatively unknown before the film, Audrey Hepburn would captivate the world as “audiences everywhere fell in love with her,” earning her an Academy AwardⓇ for her enchanting performance [2].

Roman Holiday was shot on location in Italy. Director William Wyler insisted that in order to capture the magic of the Eternal City, it must be shot in Rome. This complemented the feel of the film and gave American moviegoers at the time a glimpse into Italian culture when international travel was rare.  Roman Holiday would become the first Hollywood production “shot and processed entirely in Italy” [2].

Experience the magic of Rome on the big screen when Roman Holiday storms back to theaters nationwide to celebrate its 70th anniversary on January 22nd & 25th! 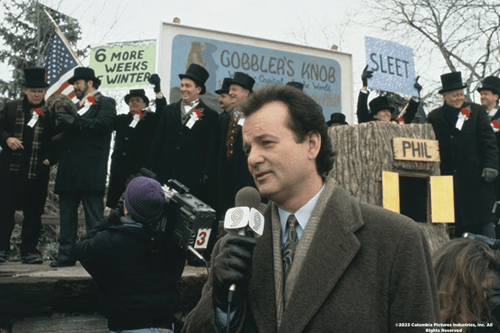 Groundhog Day, the film about a man condemned to live the same day repeatedly, has become a classic film from the 90s. That man is Bill Murray, “grouchy meteorologist Phil Connors” who has to serve out his “karmic sentence in the epicenter of the February 2nd festivities in Punxsutawney, Pennsylvania” [9].

The film marked a pivotal transition in Bill Murray’s acting and personal life. He stated in a Time Magazine article “in that role he actually got at the edge between better, higher, gentler Bill and the bad, cranky, dark Bill” [9].

Groundhog Day will be in theaters nationwide to celebrate its 30th anniversary on Groundhog Day - February 2nd & 5th. 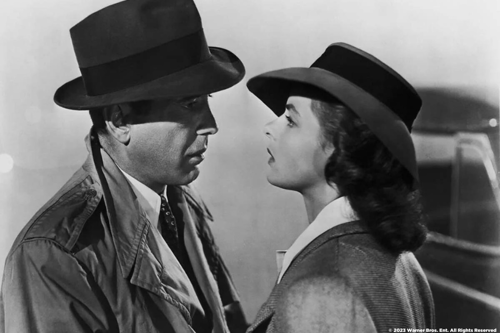 Casablanca transcends cinema and is arguably one of the most essential films from the Golden Age of Hollywood. The film at its core is about unselfishly sacrificing love to achieve a higher purpose. This concept is immensely appealing, and the subtle way Casablanca achieves it is masterful.

From the foggy atmosphere to the iconic smoky casino, the mise en scène captivates and pulls us into its seductive, noir-style world — not with “eye-catching visuals and histrionic acting” — but with what has come to be known as the “invisible style” [1]. The point of this cinematic technique is to erase filmmaking patterns and create a realistic story and world. Casablanca is the pinnacle of this aesthetic and continues to be a source of inspiration for contemporary filmmakers.

Fathom’s Big Screen Classics brings Casablanca back to the silver screen to celebrate the newly restored presentation of the film on March 5th & 8th! 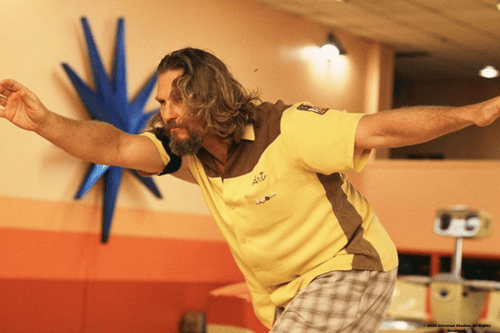 From legendary directors the Coen Brothers, The Big Lebowski is a film that most have heard of. It has inspired annual conventions “and the Church of the Latter-day Dude” [10].  Jeff Bridges has become so synonymous with his role as the Dude that when he won an OscarⓇ in 2010 for Twitterland, his speech began with “the Dude Abides.”

What makes The Big Lebowski such a masterpiece? You can argue it is the memorable lines and the simplicity of the Dude’s persona. All he needs is a few White Russians, bowling, a little weed, and some friends. He does not care about being chronically unemployed. As a man of simple pleasures, it is something we’d like to relate to in a world driven by our careers. Why not sit back, relax, and enjoy the little things? 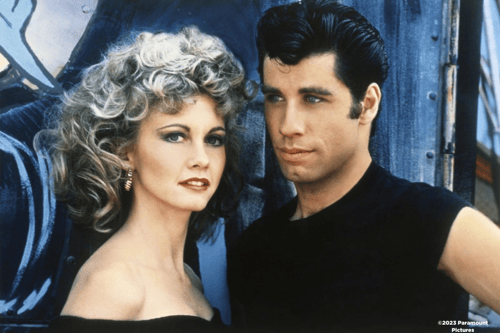 With nostalgic performances, dancing, and music, Grease has a star-studded cast with the likes of John Travolta and Olivia Newton-John, re-creating the 1950’s aesthetic that only existed as an idyllic memory. From hot rods, malt shops, school dances, the greasers, and songs from Jim Jacobs, Grease made the 50’s cool again.

A summertime romance begins between tough-guy greaser Danny (Travolta) and Australian transfer student Sandy (Newton-John). The energy, electric all the way through, is what made the film an iconic staple of pop culture.

Celebrate the wonderfully beautiful life of Olivia Newton-John with the 45th anniversary of Grease when Fathom’s Big Screen Classics brings greased lighting back to theaters nationwide May 14th & 17th! 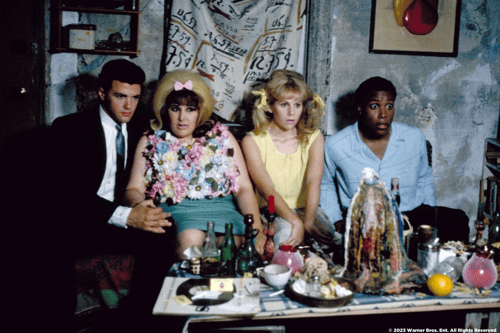 Using all her charm and talent, Tracy wins a dancing competition and quickly becomes a regular on the show. However, not everything is peachy as she gains a new archnemesis in the process: Her spoiled teen queen costar, Amber Von Tussle (Colleen Fitzpatrick).

Don’t miss all the sass when Hairspray comes to theaters nationwide June 11th & 14th for its 35th anniversary! 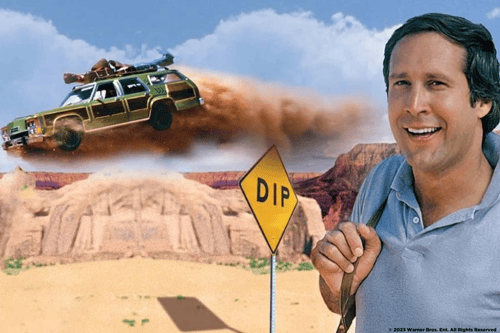 With slapstick bits, gross gags, and well-written satire, National Lampoon’s Vacation takes us on a cross-country drive to the Walley World theme park with the Griswold family. Directed by Harold Ramis, who would direct Groundhog Day (1993), the film has outstanding sequences of humor without losing sight of the story. As National Lampoon’s Vacation progresses, the characters become increasingly relatable as the Griswold's move from one tourist trap to another.

National Lampoon’s Vacation will be back in theaters nationwide to celebrate its 40th anniversary on July 16th & 19th! 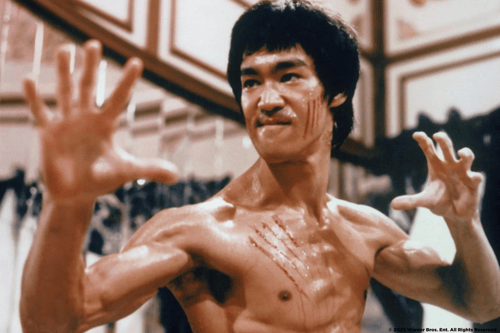 Bruce Lee’s first American film Enter the Dragon is an iconic B-picture that changed the mainstream, earning its place as one of the greatest fighting films ever. The genius of the film stems from its “espionage twist on the familiar revenge theme” [4]. In addition, the film introduces the world to famous marital arts actors like Sammo Hung and Jackie Chan.

Enter the Dragon was Bruce Lee’s last film, as he sadly passed away a few weeks before the premiere. However, his legacy and mesmerizing fight sequences cemented the persona of his ability.

In honor of Enter the Dragon’s 50th anniversary, Fathom’s Big Screen Classics is bringing it to theaters on August 13th & 16th! 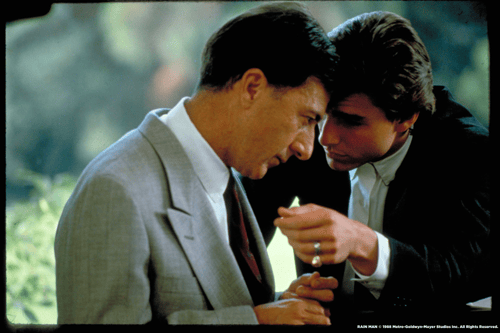 One of the undisputed Hollywood classics of the last generation, winner of four Academy AwardsⓇ, and a huge box-office success, Rain Man has become a timeless classic. With the likes of Tom Cruise, Dustin Hoffman, and Valeria Golino, you can argue that the achievements and accolades of these actors overshadowed a classic like this [7].

The film follows the story of selfish L.A. yuppie Charlie Babbitt (Cruise), as he learns his estranged father left a fortune to his savant syndrome brother in Ohio that he did not know existed. He absconds with his brother and sets out across the country hoping to gain a large inheritance. Hoffman plays Raymond, and his performance earned him an Oscar for Best Actor at the 1998 Academy AwardsⓇ..

Rain Man will be celebrating its 35th anniversary on September 17th & 20th! 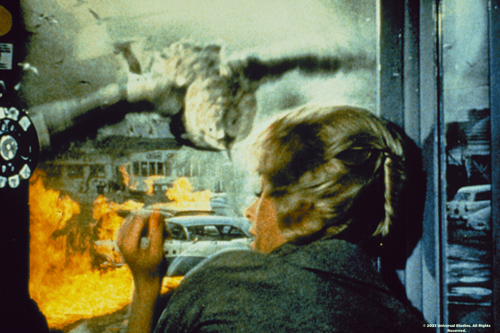 Based on a novella by Daphne Du Maurier, The Birds was Alfred Hitchcock’s biggest budget film to date and “the third time the director had adapted the work of Du Maurier for the screen” [3]. Hitchcock was keen on creating an unconventional film, and it would take him three years (the longest break between pictures in his entire career) to create. The Birds featured an unknown lead actress (Tippi Hedren), sound effects instead of a conventional film score, and thousands of birds (a mixture of real and animated ones).

The inspiration for The Birds came from Hitchcock’s life. He loved birdwatching as a boy, lived through “the London air raids of WWII (imagine Nazi warplanes as dive-bombing seagulls),” and was obsessed with blonde hair (the now notorious Hitchcock Blonde) [3]. The story behind the film takes place over five days, starting with a flirtation between Melanie Daniels (Hedren) and lawyer Mitch Brenner (Rod Taylor), as it escalates into escaping a series of terrifying bird attacks.

The Birds will be in theaters nationwide to celebrate its 60th anniversary on October 22nd & 23rd! 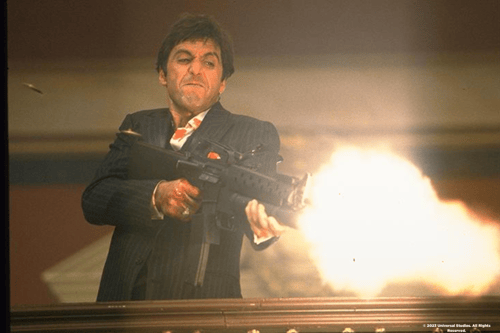 From American New Wave director, Brian De Palma (Carrie - 1976, The Fury - 1978, and Dressed to Kill - 1980), Scarface took the original 1932 version directed by Howard Hawks and added a contemporary Miami setting. The 1983 version dealt with “the rise and fall of a Reagan- era gangster to reflect the then-recent troubles with the ‘Marielitos,’ Cuban refugees who flooded Miami” [5].

The genius of Scarface is the perfect juxtaposition of its sleazy world littered with billboards and murals of paradise. The film fell short of its box office potential, but as the decades went on and with the invention of the VHS, Scarface became an instant cult classic, finding its way, like many Brian De Palma films, into pop culture.

Scarface will be saying hello to its little friend to celebrate its 40th anniversary on November 12th & 15th. 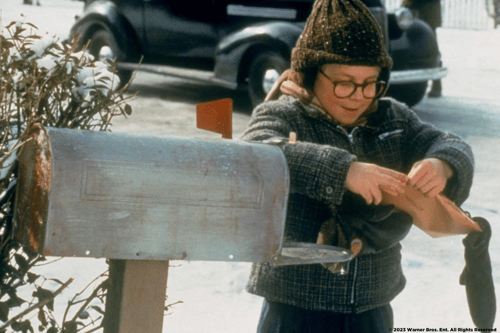 Based on a book by Jean Shepherd called In God We Trust: All Others Pay Cash, A Christmas Story is a classic story of a long-forgotten yet relatable age of growing up in America, painting the perfect holiday comedy movie. The beauty in the comedy is the human nature explored beneath it. From the old Red Ryder BB guns to waiting in line for Santa, the film has no shortage of putting a smile on your face, and if not, you might end up with a bar of Lava in your mouth. “The nuclear weapon of mouth-washing soups, so powerful it was used for words we still didn’t know” [6].

A Christmas Story will be back spreading all its joy on December 10th & 13th.

Fathom’s Big Screen Classics lineups always strive to bring something from all eras of cinema, and for all movie lovers. From the iconic classics of Casablanca to The Big Lebowski, the 2023 lineup is sure to make us laugh, cry, dance, and most importantly remind us of the magic of the movies. 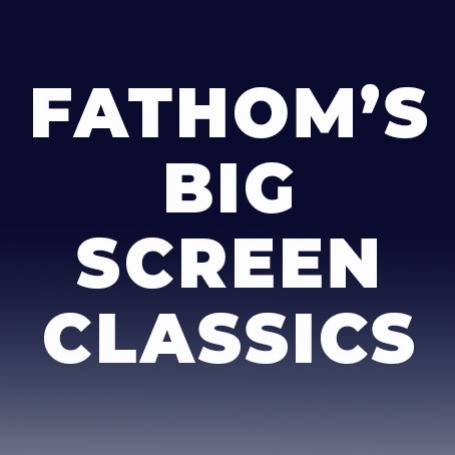 For more information about any of these titles, visit Fathom’s Big Screen Classics event page!

The Fathom Guide to: RiffTrax

From MST3K to RiffTrax
Read More

Beverly Lewis From Pages to the Big Screen