Hitchhiker's Guide to the Ultra Warriors! 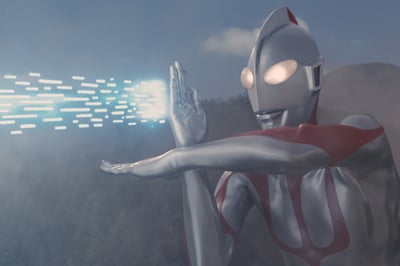 Since Ultraman’s inception in the 1966 television series Ultraman (the follow-up series to Ultra Q, which premiered on the Tokyo Broadcasting Systems), the silver giant has defended our plant alongside many other Ultra Warriors. Each one of them is from a planet three million light years away, known as The Land of Light (光の国) or the Ultra Star (ウルトラの星). The home world for most Ultra-Beings.

In celebration of Shin Ultraman’s U.S. theatrical debut, we have created a cheat sheet highlighting the Ultras that have come to Earth to defend us from the Kaijus.

Ultra Warriors (ウルトラ戦士) is the collective term for the giants of light who serve as defenders in the Ultraman series. Each has its own show or movie and has allied with others to save the world. To qualify, “the character has to be a pure Ultra-being that crusades against evil or aids the main hero in battle” [1]. The rich history of the Ultraman Series has evolved over the decades, adding new faces to defend Japan from the Kaiju threat.

Below is the list of Ultra Warriors that have come to our planet: 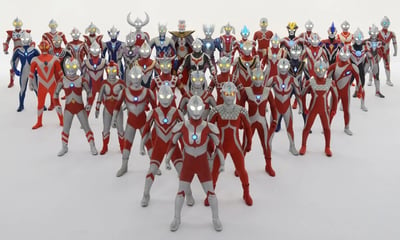 Written and produced by Hideaki Anno (Evangelion Franchise), Shin Ultraman reinvents the Ultraman series while staying true to its roots. The story follows the SSSP (S-Class Species Suppression Protocol) an enforcement unit created by the Japanese Government to deal with the increasing Kaiju threat. 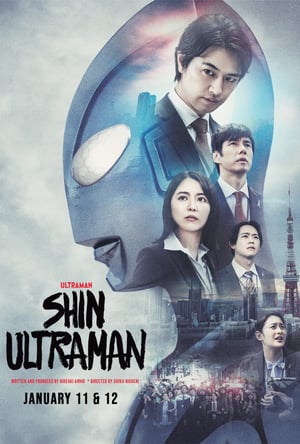 The members chosen for this elite unit and our main protagonists are, Kimio Tamura (Leader), Shinji Kaminaga (Executive Strategist), Taki Akihisa (Unparticle Physicist), and Yume Funaberi (Universal Biologist). The team does its best to control the situation, but as the Kaiju threat worsens, Ultraman appears from the Land of Light to help defend Earth.

Zōffy, whom the Ultras appointed as the second observer of Earth after Ultraman “violated the code of the Planet of Light” when he fused with another lifeform, is the final antagonist of Shin Ultraman. This reinterpretation of the original Ultra, Zōffy, adds a unique flair to the film.

“My name is Zōffy. Because you broke the Code of the Planet of Light, I am now the watcher of the indigenous creatures called humans on this planet. At the same time, I am their adjudicator. The humans of this planet will likely evolve in the same way as we have. Therefore, we have decided to dispose of them." [2]

The Ultraman Series is vast. It spans decades and creates a universe that will continue to grow and evolve. Join us in theaters nationwide for a special celebration of this storied franchise when Shin Ultraman lands on January 11 (sub) & 12 (dub)!

Visit our event page for more information about Shin Ultraman or any other events. Go, Ultraman!