From the classics to the contemporary, LGBT+ movies and television have always promoted love, a sense of community, and a place where anyone can be accepted for being themselves. Either directly or indirectly, the following content helped pave the way to a brighter future and redefined American culture.

With Pride Month only a few days away, the Fathom Team thought we would highlight some important LGBT+ movies and television shows you should watch on the silver screen to add to your Pride festivities.

The Wizard of Oz has become an enduring part of the LGBT+ community as it depicts a magical land full of diverse and colorful characters. The idea of being swept away into a technicolor fantasy has had an impact on many. From Dorothy to the Cowardly Lion, each of these characters represents being different, struggling with their self-image, yet coming together and growing as a result. This message has had a powerful impact on the LGBT+ community, who empathize with the characters of Oz. 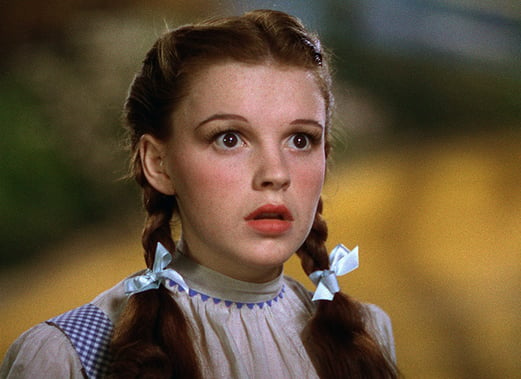 In addition, it is no secret that Judy Garland is a gay icon, beloved by many. She did not look like the other stars in Hollywood, often referred to as the "ugly duckling." Her image was controlled by the studios, she was relentlessly criticized for the way she looked, encouraged to take drugs, and through all that she became a beacon of hope for so many.

Judy Garland's life mirrored the story of Dorothy, and the LGBT+ community connected strongly with her. Many gay men who struggled with their identity and self-image, much like she did, found a connection to her story. They would adopt popular phrases, create merchandise, and throughout the decades, the film would help inspire and embolden them.

The Wizard of Oz: Judy Garland 100 Years Over the Rainbow will be returning to the silver screen June 5 and 6 to celebrate what would have been Judy Garland's 100th birthday and her impact on LGBT+ movies and television.

Most famous for the rivalry between screen divas, Bette Davis and Joan Crawford, What Ever Happened to Baby Jane? is a psychological, sadistic-satirical look at the lives of two sisters whose acting careers fizzled out. Both were childhood stars, washed up from their careers, with one of the sisters confined to a wheelchair after a mysterious car crash. The sibling rivalry is elevated to new heights as the two stop at nothing to best each other.

Fathom Events and TCM Big Screen Classics celebrate the 60th anniversary of What Ever Happened to Baby Jane? on June 12 and 15, in theaters nationwide.

Challenging Hollywood's taboos, empowering the LGBT+ community, and offering a chilling message that is still relevant today, Cabaret is a must watch for anyone looking to explore LGBT+ themes in movies and television. Set during the dying days of the Weimar Republic and the onset of the Nazi Party, the film explores love in a world that is out to stop it. 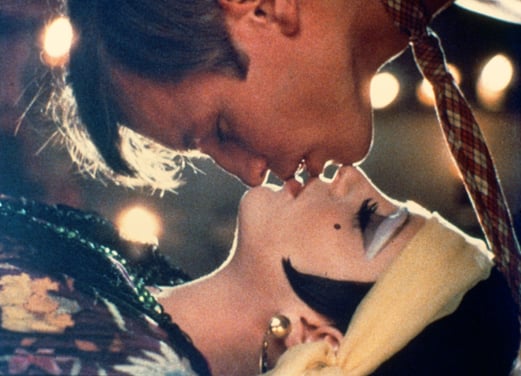 The power and impact of Cabaret is an explicit representation of homosexuality, a taboo that few films had dared to show in its day. Released three years after the Stonewall Riots, the film's boldness, and willingness to depict an underrepresented community would play a part in the gay liberation movement in the US.

Although TCM Big Screen Classics and Fathom Events won't be celebrating Cabaret's 50th anniversary until July 17 and 20, it is still worth seeing as an extension of your Pride Month celebrations. 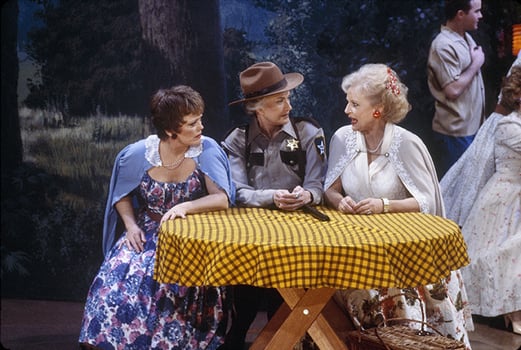 The show premiered in 1985, depicting the lives of four retirees living together in Miami. Each of these golden girls had a unique voice, and during its seven seasons, the show would create a loving and accepting narrative. The Golden Girls would often depict gay love, immigration, and racism, challenging the mainstream and creating a sense of community. This idea created entertainment that anyone could sit down and feel at home with, regardless of ethnic background or sexual orientation. The sitcom presented touchy subjects in a positive light and offered kindness instead of violence, this is what made the golden age of The Golden Girls.

Fathom Events will be celebrating the show with their second annual Forever Golden! The Celebration of The Golden Girls event on June 7 and 14.

All of these upcoming Fathom Events titles are iconic movies and television in the LGBT+ community. From the screen diva rivalry to creating an accepting environment, each of them has left their mark on our culture, redefining America in their unique way. Be sure to watch out for future LGBT+ events in the Fathom lineup to keep your Pride celebrations going all year long!

For more information on any of these titles, or to find a theater near you, visit our upcoming events.