“You did not choose me, but I chose you and appointed you so that you might go and bear fruit — fruit that will last….” (John 15:16 NIV) The inspiration for the title, The Chosen. 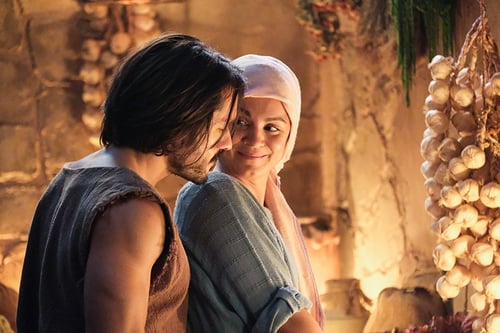 The mission of The Chosen is to help people experience Jesus through the eyes of those who followed him. The genesis of the show was a short film called "The Shepherd" by Director Dallas Jenkins who told the Christmas story from the perspective of a shepherd with a disability. The popularity of the short film led to the opportunity for an episodic series about the life of Jesus. Three seasons later, we see the impact of The Chosen on viewers. It has restored faith in some, inspired others to delve deeper into the Bible, and continues to resonate with audiences around the world.

This commitment “to help[ing] viewers see Jesus through the eyes of His followers” is what Dallas Jenkins wanted from the start [1]. The idea of entertaining and educating audiences on the Bible is what drives the television series. With Fathom Events and Angel Studios bringing episodes one and two of season three to theaters, we can explore how The Chosen breathed new life into faith-driven media.

A Fresh Perspective on the Bible

Staying true to the authenticity of the bible while also igniting interest in scripture requires a fresh perspective. The Chosen not only “adds backstory to the biblical framework,” they have a team of experts to fact check any fictional story added to Jesus and his disciples [1]. This creates believable yet entertaining characters. We truly get to see Jesus, as Dallas Jenkins wanted, through the eyes of His followers. 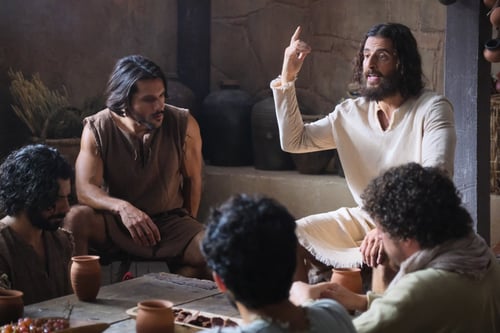 Unlike most biblically inspired films and television, The Chosen portrays Jesus in a humbling way. In season one, we see him struggling to make bread and light a fire, laughing at his imperfections – a relatable trait that matures as his character evolves. This commitment to authenticity leaves viewers with a new way of reading the Bible, a testament to the power of storytelling.

The Power of Community

“We realized the reach and impact this could have globally for the kingdom, and we started supporting it immediately.” -- Karrie and Robert Bloomquist, NCF givers for The Chosen. 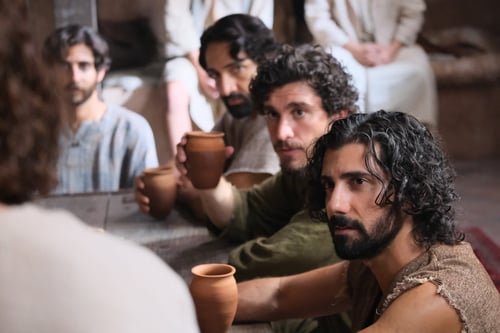 When you talk about the impact of The Chosen on faith-based media the first thing that comes to mind is the power of community. The entire project has been, and always will be, fan-supported. In November 2019, season one was fully released to the world with the backing of “more than 16,000 people who contributed $11,000,000 in record time, making The Chosen the largest crowdfunded media project in history” [2].

The funding system originally started as a subscription-based model, but when COVID-19 hit, they began making episodes free to watch and encouraging fans to "pay it forward" in order to both fund and keep future seasons free for others. More than $40 million in production costs were funded for Seasons 2 and 3 via this fan-supported model.

What makes the show even more special is the fact that fans from all over the world can be an extra on the show, when needed. An example of this was in late 2020 when Karrie and Robert Bloomquist “traveled from their home in Michigan to Midlothian, Texas, [to be part of the Sermon on the Mount scene, along with thousands of other extras]” [2]. Additionally, in Season 3,  over 12,000 fans from more than 30 countries traveled - at their own expense - to participate as extras in filming the Feeding of the 5,000.

Overall, The Chosen has been translated into 50 different languages, and “over 30 percent of the episode views in the app are [coming] from outside the United States” [2]. For Season three, Fathom Events and Angel Studios are bringing The Chosen episodes 1 & 2 to theaters in the United States, New Zealand, Australia, UK, Ireland, and Canada!

Fans of The Chosen love introducing the show to others. Although they come from all walks of life and different beliefs, people enjoy sitting together to see the powerful storytelling that Dallas Jenkins and his wonderfully talented team create each season.

Fathom Events and Angel Studios will be bringing episodes 1 & 2 of The Chosen season three to theaters nationwide starting November 18! For more information about any of our events, visit our event page. 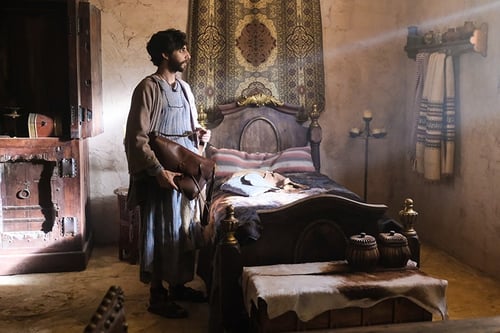