Challenging the Conventions of Horror

Horror films do not create fear. They release it.” -- Wes Craven

Understanding the foundation of horror is necessary to reinvent it. Horror, and society's fascination with it, is as old as cinema itself. It is rare to breathe new life into a genre that is known for playing off surface-level fears, predictable jump scares, and gore to illicit reactions rather than thought. Yet when it happens its influence is felt and reshapes the landscape of horror.

Legendary directors Wes Craven and Tobe Hooper are on this exclusive list. Their innovation and understanding of horror have inspired filmmakers and scared audiences to this day. In honor of Fathom Events bringing Poltergeist (1982) and Scream 2 (1997) to theaters nationwide, we are exploring the influence of these iconic films.

Although Wes Craven introduced horror fanatics to the concept of the meta slasher in his 1994 film, Wes Craven’s New Nightmare, the Scream franchise popularized and evolved it. In the ’90s, slashers were stuck in a stagnation period, playing off the teen slasher trope, coined in the ‘70s and ‘80s [1].

The endless “stab, wipe, repeat” cycle bored moviegoers and left the subgenre in a freefall. This all changed when Scream (1996) hit the scene, paving the way for smart, self-aware horror filmmaking. The meta slasher was mainstream, and oh did it take off!

Following the success of Scream, which deconstructs slashers, Craven wanted to explore the role of sequels. Scream 2, much like its predecessor, cleverly employed traits of postmodernism to enhance the film. He used irony, parody, and self-awareness to elevate it - from when tragedy strikes during a screening of the film-within-a-film horror flick, Stab, to Windsor College students discussing their favorite sequels.

The effectiveness of the Scream franchise is its' ability to subvert the genre, poking fun at tropes, and break the fourth wall in the process. This cultural icon has inspired others like The Cabin in the Woods (2011) and Bodies Bodies Bodies (2022).

The influence of the Scream franchise on Drew Goddard’s meta masterpiece, The Cabin in the Woods is apparent. From the opening scene we establish the five major archetypes and their predetermined fates - the morally loose, athlete, scholar, fool, and virgin, which are destined to die in that order, but as we find out later, the creators of this sinister world are “working with what they have” [2]. 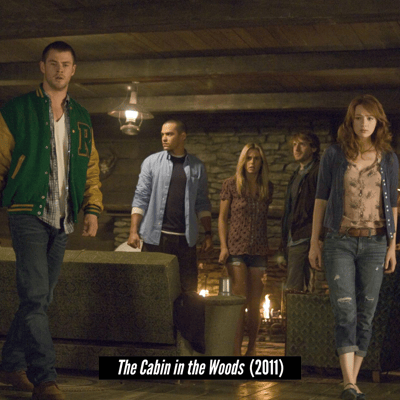 A long-standing problem in horror is the depiction of women. Both Scream 2 and The Cabin in the Woods challenge the traditional role of women in slashers. In Scream 2, we see Sidney and Gale team up against the new Ghostface, they do not fit the final girl formula yet that doesn’t stop them. In The Cabin in the Woods, although the fates of each character are predetermined, the archetypes they embody aren’t traditional [2].

Subverting the role of women in Scream 2 and The Cabin in the Woods contrasts the audience's expectations of slashers. This is accented by the character's and viewers' understanding of the rules of the world.

Arguably Gen Z’s Scream, Bodies Bodies Bodies plays with the pop culture relevance of today’s society, poking fun at the hypersensitive generation Z. From TikTok to who’s gaslighting who, the film modernizes Scream, bringing us on a meta journey and surprising us as the body count rises [3].

Much like Scream 2 and The Cabin in the Woods, Bodies Bodies Bodies highlights strong female protagonists. The tropes of slashers are flipped on their head and the hurricane that rages outside isolates the group of friends inside the house. Each one of the characters, like the audience, questions who the killer is.

Poltergeist (1982) was directed by cult classic director, Tobe Hooper, who was fresh off the horror masterpiece, The Texas Chain Saw Massacre (1974). Produced and written by Steven Spielberg, the film scared viewers and inspired decades of paranormal movies. Surprisingly, Poltergeist was rated PG (the PG-13 rating wouldn’t be created until 2 years later) when it was released, making it widely accessible to moviegoers. As a result, the film created new horror fans and scared others away from the genre forever [4].

The most terrifying element of Poltergeist is its setting. Audiences of the time probably knew or owned a house like the Freeling’s, which brought the paranormal scares closer to home. The idea of something unnatural happening to anyone became a staple of the subgenre.

The film is also considered cursed with multiple cast members - Heather O’Rourke, Dominique Dunne, Will Sampson, and Julian Beck - meeting untimely deaths. There is also the conspiracy of actual human skeletons being used on set, and a host of other spooky myths surrounding the film. Poltergeist has cemented its legacy in the minds of viewers and filmmakers brave enough to watch it.

Without Poltergeist setting the stage and streamlining the paranormal subgenre, you can argue that Paranormal Activity wouldn’t exist. Tropes such as the supernatural investigators, unexpected circumstances in seemingly normal households, events moving inexplicably, preying on children, and curses are explored in this film as well [5]. 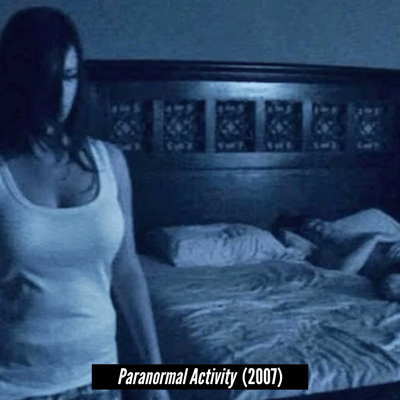 Paranormal Activity follows the story of Katie and Micah as they move into a quiet suburban home. They record their seemingly perfect life, in cinema verité fashion, until they start being terrorized by a supernatural force. When things get out of control, they, just like in Poltergeist, hire a paranormal expert to evaluate the situation.

The characters have been targets of the demonic entity since childhood like Carol Anne Freeling in Poltergeist. Paranormal Activity borrows from Poltergeist and adds its own twist to the subgenre.

Director James Wan has praised Poltergeist multiple times, saying the film “scared him for life” and cites it as a source of inspiration [6]. Wan has always been obsessed with the paranormal narrative, and this is apparent in his 2013 film, The Conjuring.

Following the tropes laid out by Poltergeist, the film focuses on “the children as targets of the paranormal”, and paranormal experts working to help the family being terrorized by these supernatural forces [6]. For the Warrens to stop this evil, they must call upon all their strength to stop this menace.

The Scream Franchise and Poltergeist laid the foundations for 21st century horror. Both Wes Craven and Tobe Hooper are regarded as legends of the genre, masters of their respective crafts. Without their films, the landscape of horror would be very different.