The Birth of American Horror

“It’s a perfect night for mystery and horror. The air itself is filled with monsters.” -- Mary Wollstonecraft Shelley

The birth of American Horror can be traced back to Germany. After WW1 and the devastating effects of the Treaty of Versailles, a new artistic movement was taking shape. It rejected cinematic realism in favor of hyper-expression, putting the inner conflict of the '20s German audience on display, and as a result, explored morbid, nihilistic themes [1].

This wave became known as German Expressionism, and Hollywood took notice as its influence spread. Universal Studios was already known for horror, and with the addition of expressionism, it laid the foundations for the Universal Monsters.

To celebrate this genre shift, we are diving into The Mummy (1932), The Bride of Frankenstein (1935), The Phantom of the Opera (1943), and The Creature from the Black Lagoon (1954), as we explore the legacy of the Universal Monsters.

The impact of German Expressionism can be seen in Universal’s 1932 picture, The Mummy. Following the success of Dracula (1931) and Frankenstein (1931), Carl Laemmle Jr, the head of Universal Pictures at the time, realized moviegoers had a strong interest in nightmarish dream worlds, jagged architecture, expressionistic lighting, and more importantly, gothic horror.

Searching for the next spooky theme, he looked for something original. The inspiration for The Mummy came from the new “Egyptomania” wave after the discovery of King Tutankhamun's tomb and the mummy’s curse [2]. 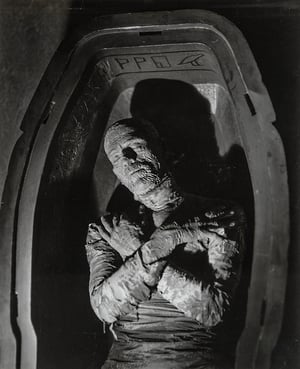 He hired Richard Schayer and screenwriter Nina Wilcox Putnam to work on the film's first draft, and the two began writing a story about a “3,000-year-old magician loosely based on the 18th-century occultist, Alessandro Cagliostro” [2].

Journalist John L Balderston took the screenplay and reshaped it into a love story, creating a character who's driven by an undying love. This concept would be replicated countless times including in Francis Ford Coppola's, Bram Stoker's Dracula (1992), which returns to theaters nationwide October 23 & 27 as part of Fathom Fright Fest.

Universal loved the script and already had someone in mind for the starring role of Imhotep, the legendary “Karloff the Uncanny."  This would be Boris Karloff’s most challenging role to date, allowing him to create a hypnotic character, cementing his legacy as a horror superstar. 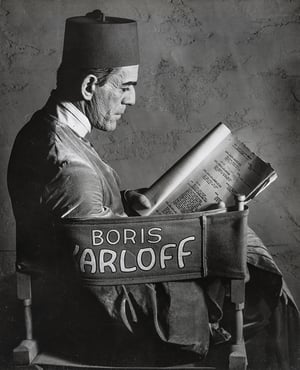 The Mummy (1932) quickly became a hit at the box office and inspired countless horror films for the coming generations. 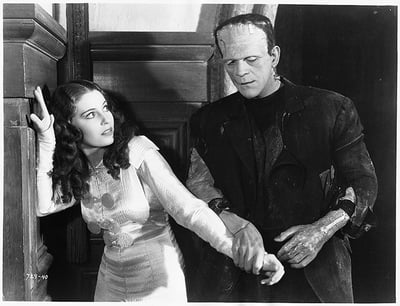 Universal Studios wanted to make a sequel early on for the box office smash, Frankenstein (1931). Carl Laemmle Jr. knew that the second film's success would depend on the original director and actor being a part of it. He approached James Whale and offered him creative freedom on the project. This allowed James Whale, who was gay in an extremely homophobic society to embed subtexts that reflected his views of the world [3].

Keeping with the stylistic choices of German Expressionism in the first film (the lighting techniques used, gothic story, and set design), The Bride of Frankenstein picks up where Frankenstein left off, incorporating more elements of Mary Shelley’s novel. As the horror builds to its climax, we are introduced to the birth of Frankenstein's mate, the Bride of Frankenstein. Her commanding and terrifying presence made her a creature from a Freudian nightmare – the nightmarish dream world.

The cultural impact of The Bride of Frankenstein (1935) is impossible to ignore. The film introduced the world to a memorable female monster, an unforgettable hairstyle, and spawned countless parodies. It was also ahead of its time, exploring themes relating to "social, racial, gender, and sexual anxieties” [3].

The film was shot completely in Technicolor and follows the trials and tribulations of a violinist, Erique Claudin, who is fired from his job after they discover he is suffering from arthritis. As the film progresses, he is scarred by acid and becomes the Phantom of the Opera, confining himself to the sewers where he can gain access to the opera houses of Paris and the love of his life, Christine Dubois.

Following the traditional tropes of the universal monsters, The Phantom of the Opera (1943)  builds on them, adding an emotional punch when the film reaches its climax.

The Creature From the Black Lagoon (1954)

By this point in the Universal Monster history, American Horror had been long established. Still influenced by German Expressionism, but distinctly its own genre now. However, The Creature From the Black Lagoon (1954), would have an impact on both horror and science fiction, helping shape the Creature Feature. The film follows a group of scientists who are exploring the Amazon River in search of the long-lost remains of a humanoid who might provide evolutionary answers. What they find in the mysterious black lagoon is ancient and very much alive.

The audience's reaction to Gill-Man was the difference between science fiction films of the past and The Creature From the Black Lagoon. Before Gill-Man the atomic fascination had been at the forefront, offering viewers a lesson in the power and danger of radiation and the atomic age [4].

The Creature From the Black Lagoon presented a monster you could sympathize with. Leaving us questioning how humanity changed him. In addition, the pacing of the film was energetic and action-packed, which contrasted the science fiction of the time. The Creature From the Black Lagoon led the way for other creature features such as David Cronenberg's, The Fly (1986) and Chuck Russell’s, The Blob (1988).

The Universal Monster films helped shape American Horror. From its foundations in German Expressionism to terrifying and shocking viewers, these monsters have made a lasting impression on cinema.

Join us this October for two special double features! Starting with  The Mummy (1932), and The Bride of Frankenstein (1935) on October 1. Followed by The Phantom of the Opera (1943), and The Creature from the Black Lagoon (1954) on October 29. For more information about any of these spooky titles visit our event page!